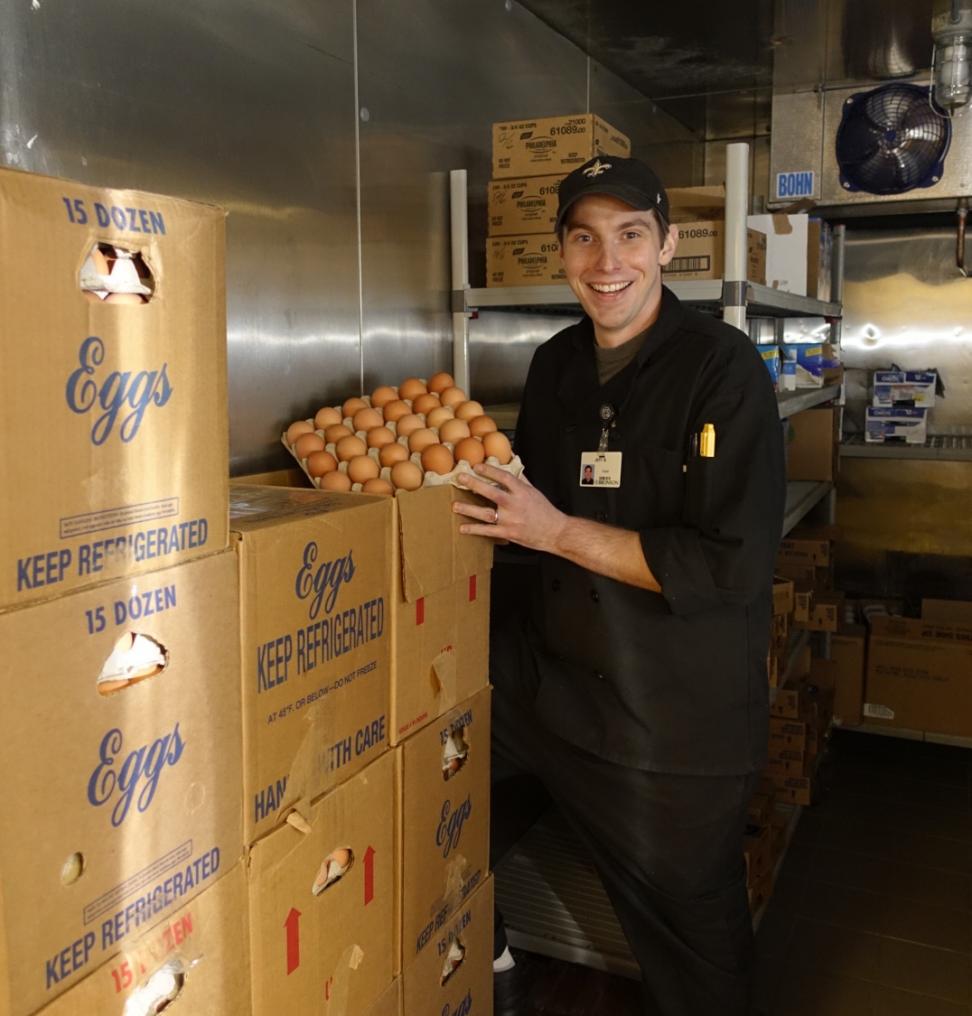 Since 2008, Grant Fletcher has been changing the way the health system sources food for patients and employees at Bronson Healthcare.  Fletcher, the System Director of Healthy Living and Sustainability at Bronson, and his team started by scaling up purchases of local fruits and vegetables and on-site seasonal farmers markets and CSA memberships for employees. As those programs have taken root, Fletcher recently decided to take on a new challenge: sourcing all eggs from local producers.

"Eggs represented an opportunity to make a significant transition," says Fletcher. Bronson Methodist Hospital in Kalamazoo, like many hospitals and large institutions, was purchasing egg products such as liquid eggs, pre-shelled hard boiled eggs, pre-made egg patties, and the once popular low-cholesterol egg products.  Many factors contributed to Bronson’s decision to move away from processed egg products and toward locally produced whole eggs. In addition to research pointing to consumption of whole eggs as a healthier alternative to low-cholesterol egg products, the timing of the switch to local eggs was partially motivated by an avian flu outbreak that caused the price of liquid eggs to skyrocket. 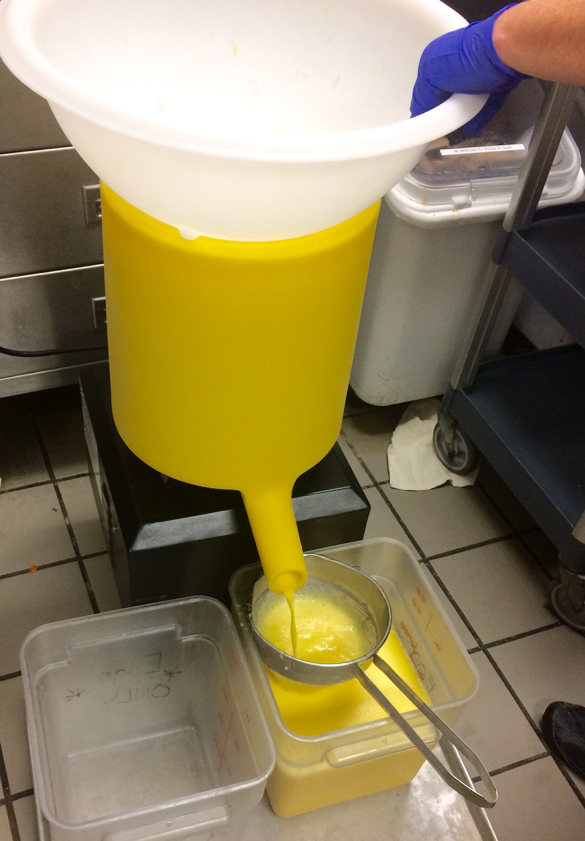 When considering where to source local eggs, Fletcher did not have to look far. A pair of local farmers, Norm Carlson, of Naturally Norm’s and Joe Koopsen of Joe’s Farm, were already selling eggs in the Kalamazoo community and were interested in establishing a partnership with Bronson. The next challenge was to produce a consistent product using whole eggs. As a result, Bronson now produces its own liquid eggs using a bulk egg extractor — a small machine that makes a big impact. Whole eggs are placed into the machine and a large centrifuge separates the shell from the liquid eggs.

Fletcher credits education and communication as cornerstones to the success his organization has had in moving to local eggs. Throughout the hospital, patient trays with an egg dish included a message with a picture of Norm holding one of his happy chickens and explaining the switch. Internal communication to employees and signage throughout the cafeteria also helped spread the message.

Ultimately, streamlining to only buying whole eggs proved to be a smart choice. In addition to supporting community businesses, by using the locally sourced whole eggs Bronson has saved thousands of dollars without increasing prices for consumers, and in the end provides a healthier alternative. "Any organization can do this if the administration, the executives, [and] the thought leaders are at the table and are committed to making it happen,” says Fletcher. As each new local product change takes root, Bronson gets closer to its goal of 50-60% locally sourced food. Fletcher says the next step is sourcing local protein such as whole chickens and whole turkeys.

Watch the Egg Cracker in Action!